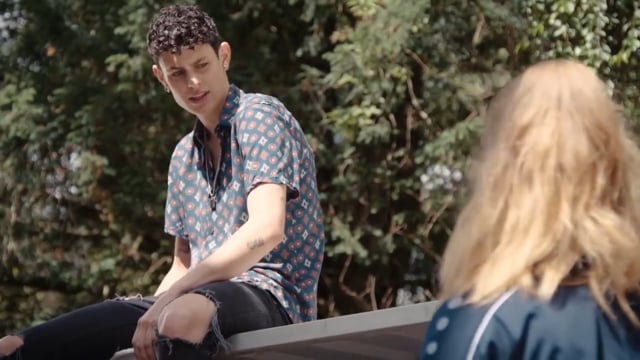 Thorn started performing as drag king in 2017. They soon became a member of the house of Vineyard as Thorn Vineyard. They performed throughout the country including on Lowlands, at the mainstage of Pride Amsterdam and in Paradiso. Thorn also got nominated for New Upcoming Talent at the Superball 2020. In the same year they played the role of Lesley in the youth series SpangaS de Campus and started making the podcast series Couplegoals with their partner Mandy Woelkens. They landed one of de leading roles in the Netflix feature Anne+ and is currently studying Drama and Contemporary Music Theatre at the Amsterdam University of Arts.